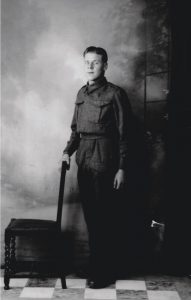 Horace Victor Moughton was born to parents Frederick James Moughton and Edith Moughton (nee Hutchinson) on the 14th November 1918 at Shouldham, King’s Lynn, Norfolk. He was the 4th child: His siblings being Freda aged 6; Ovelyn aged 4; Frederick James aged 2. Another sister Dora was born 9 years later in 1927. The Moughton family left Shouldham and came to live at West Winch. They resided in the ‘Old Hall’ built in 1638; a large house on the edge of the Common where his parents ran a smallholding.

Horace preferred to be called Vic (his middle name being Victor).   Vic attended West Winch school and also attended chapel on a Sunday. After Vic left school, he found it difficult to choose a career and in consequence drifted from job to job as a general labourer. Vic as a young man became restless living in a small village and doing mundane work.  He sought adventure and excitement as young people do.  At the age of 19 in 1938, Vic chose to join the army to become a professional solder.  He enlisted at the Britannia Army barracks in Norwich on the 16th May 1938. He was subsequently assigned to the 1st Battalion of the Black Watch (Royal Highlanders) for training. After training and having realised his ambition of becoming a professional soldier, Vic was sent to France early in 1940 as part of the British Expeditionary Force (BEF).

His battalion was positioned in the Saar Region of France near to the German border.  Tragically, Vic was killed with three others of his comrades right at the start of the hostilities on the 9th May 1940 following the phoney war. He was only 21 years of age.

Vic is buried in a Commonwealth War Graves cemetery in Choloy, France. He was posthumously awarded three medals:  France German Star; 1939 – 1945 Star; War medal 1939 – 1945. His headstone is engraved with the words, “Always remembered by those who loved him”.

Vic is remembered with honour and reverence especially at the annual Remembrance Day Service when his name is read out as a member of the ‘fallen’ of the two World Wars. His name is also engraved on the village war memorial which is located in the church yard. ‘His name liveth for evermore’. 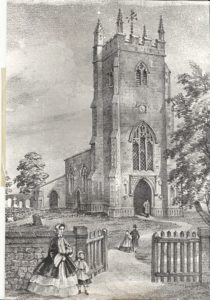 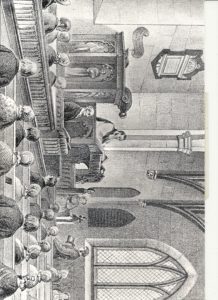 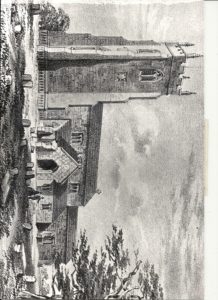 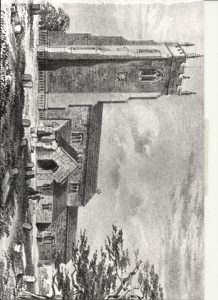 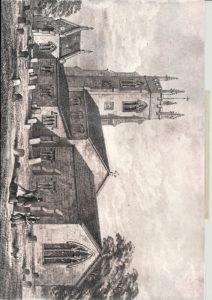 Norfolk News from the BBC

This website uses cookies to improve your experience while you navigate through the website. Out of these, the cookies that are categorized as necessary are stored on your browser as they are essential for the working of basic functionalities of the website. We also use third-party cookies that help us analyze and understand how you use this website. These cookies will be stored in your browser only with your consent. You also have the option to opt-out of these cookies. But opting out of some of these cookies may affect your browsing experience.
Necessary Always Enabled
Necessary cookies are absolutely essential for the website to function properly. This category only includes cookies that ensures basic functionalities and security features of the website. These cookies do not store any personal information.
Non-necessary
Any cookies that may not be particularly necessary for the website to function and is used specifically to collect user personal data via analytics, ads, other embedded contents are termed as non-necessary cookies. It is mandatory to procure user consent prior to running these cookies on your website.
SAVE & ACCEPT